A Place for Cafe Refugees and Others Like Them

By failing to address the expiration of the Bush tax cuts, the Democratic Party is all but ensuring the extension of tax cuts to the wealthiest 2% of the nation, and at least an additional 3.7 trillion dollars of budget shortfall for the foreseeable future.

If this is true – and it appears to be – then this will go down as one of the stupidest moves by the spineless weasels on the Hill – and that’s saying a lot for this crop of morons.   This was a win-win for the party – offer a needed tax break to 98% of the population, and force the Republicans to defend giving a break to the most privileged class in the nation.

END_OF_DOCUMENT_TOKEN_TO_BE_REPLACED 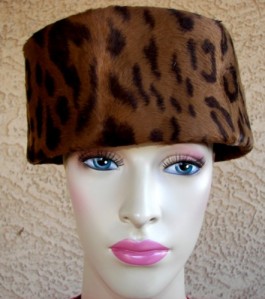 I see you got your brand new leopard skin pillbox hat

Now can you PLEASE tell me baby

In an interview today with “Fox News Sunday,” Alaska GOP Senate nominee Joe Miller had trouble explaining how he would help the 43.6 million Americans in poverty, even as host Chris Wallace repeatedly pressed him for more than conservative talking points.

Wallace asked Miller about his assertion in August on CBS’s “Face the Nation” that unemployment benefits are unconstitutional, noting that without them, many more Americans would be in poverty. “What would you do for them?” asked Wallace. …

Miller, however, struggled to come up with an answer, and instead shifted to talking points about reducing the size of the federal government. Wallace repeatedly pressed him on the issue, without ever receiving an actual response

ILLER: I think the question is what is the role of the federal government? Right now we’ve grown the federal government into such a size we have, I think we have, what — in absolute terms now, $13.4 trillion in debt. If you look at the future unfunded obligation, a lot of those are the entitlement programs, by some estimates $130 trillion. That is unsustainable. That’s just the facts. And I think Americans recognize that those are the facts. The exciting thing is Americans are looking for answers. Alaskans are looking for answers. Here in Alaska, 40 percent of our economy in Alaska is somewhat derived from the federal government. If we continue say things have to continue the way they are, the expansion from the government which is unconstitutional in many ways is the future, it’s a dead-end road. Particularly for this state, because of the impending bankruptcy —

WALLACE: Mr. Miller, if I may, I’m not sure you answered my question. Why are unemployment benefits unconstitutional? In the time of a tough economy, recession, and now kind of a jobless recovery, what are you going to do for the 44 million people who are living in poverty?

Well I’m not sure Mr. Miller or Senator Inhofe or Senator McConnell or Senator McCain or any repub member of Congress would ever be able to answer Mr. Shaeffer’s question.